The Wrath of Hurricane Katrina
Start Your Quote 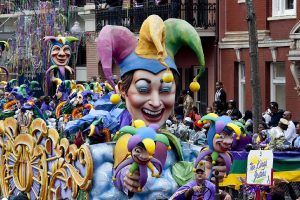 Hurricane Katrina is the third deadliest hurricane in US history, and the most costly. With the benefit of hindsight, it’s clear that the states of Louisiana and Mississippi, which bore the biggest brunt of the storm’s wrath, were inadequately prepared for such a large-scale weather event. So what, exactly, happened on August 29th, 2005, the day Katrina touched down – and why is the city of New Orleans still in the process of recovering, even 11 long years later?

In the days leading up to the storm, reports had already come in that a tropical depression had occurred over the Bahamas and was heading towards the Gulf Coast. Meteorologists were well aware of the magnitude of the impending storm, issuing strong warnings to all residents in the Gulf Coast states – including Louisiana and Mississippi – that evacuation was imperative. New Orleans, specifically, was in the direct path of the storm, owing to particular geographic and topographical characteristics of the city. After all, a full fifty percent of the city of New Orleans lies below sea level – about six feet, in fact – and the city is surrounded on all sides by water, increasing the likelihood of dangerous swells that would severely damage any property in their way and imperil the residents of the city. Although the narrative has now become that the levees that protected New Orleans from its surrounding bodies of water were faulty, this is actually not completely true. The levee that had been constructed in the twentieth century to protect the city from the Mississippi River was strong. That said, the ones that had been built to protect against surrounding lakes, like Lake Pontchartrain and Lake Borgne, as well as the swamps and marshes that still remained as holdovers of the topography of the city before it was turned into New Orleans, were not equipped to handle the storm that was heading their way. Even so, officials and residents alike felt secure in their belief that the levees would withstand any force applied on them by a major storm, and, instead, the major concern was that some short-term flooding could occur as a result of the aforementioned swells that might breach the levees. As is normally the case in cities that struggle with poverty, the lowest-income housing in the city of New Orleans sat below sea-level and stood the greatest chance of being flooded when the storm finally arrived.

On August 25th, 2005, then-mayor of New Orleans Ray Nagin became the first city official in history to put in place a mandatory evacuation of the city. With time running out, Nagin and his colleagues had decided that the safest place for residents who were unable to completely evacuate the city to seek refuge from the storm was the Superdome, an athletic stadium that had been built on comparatively higher ground. As the sun set on August 25th, the vast majority of the city had heeded Nagin’s orders and evacuated – 80% of New Orleans residents had left the city, and another 10,000 people had traveled to the Superdome. Even though many people did pay attention to the warning that had been issued by the city government, tens of thousands of New Orleans residents chose not to evacuate or seek shelter in the Superdome, and instead barricaded themselves in their homes to wait out the storm. This decision would prove to be a fateful one.

Hurricane Katrina finally came to the city of New Orleans on the morning of August 29th, 2005. When the hurricane itself made contact with the city, after hours of heavy rain, it brought with it a storm surge that reached heights higher than anyone had predicted – in some regions, this surge reached a height of nearly 30 feet, over 20 feet higher than the levees that had been constructed to protect the city in the event of extreme weather. The results of this surge were nothing short of catastrophic. Some levees crumbled underneath the weight of the surge; others washed away completely. It only took a few hours of being battered by Hurricane Katrina for the city of New Orleans to change forever; before the day was out, 80% of the city was under water, and by the time the storm finally passed, almost 2,000 people in Louisiana, Mississippi and Alabama had lost their lives to Katrina.

In retrospect, it is certain that New Orleans was not adequately prepared for a storm of this size. The question still remains, though, why the residents of New Orleans were left to fend for themselves in their time of need. 11 years later, we still don’t have an answer to the question of why the federal government did not have an emergency plan in place for a weather event like this – in the days after the storm, even FEMA, the Federal Emergency Management Agency, had no idea how to handle such a catastrophic event and took days to put a plan for rescue and recovery in place. The city was in ruins, and in the months to follow, New Orleans became a flooded-out shell of what it once was. Today, the city has made tremendous strides towards rebuilding New Orleans into the magnificent city it once was, but the damage has been done. Many residents have since moved to neighboring states, and whole neighborhoods – mostly the same low-income neighborhoods who bore the brunt of the storm because of their location below sea level – are still struggling to right themselves.

What we must learn from Katrina is that weather is unpredictable, and there is no such thing as being too prepared for a storm of this kind. Hopefully, we can prevent such a devastating loss of life and property from ever happening again, with adequate infrastructure and the implementation of emergency protocols to follow in case another storm like deadly Hurricane Katrina touches down on American soil again.

If you need more info on Hurricane Katrina, call Paradise Exteriors, LLC at 561-732-0300, or fill out our online request form.